Why do mind and brain matter in intercultural learning?

The mind as crucial factor
Years ago I got intrigued by the relations between culture, mind and brain. At the ‘Sietar Deutschland 2012 Forum’ new research on cultural neuroscience was presented and that evoked huge discussions amongst the audience. As interculturalists we understood something about the impact of culture on the brain by watching photos of fMRI scans comparing Chinese and North-American persons in various experimental settings. We also got a glimpse of the interrelationship between brain and culture, but many of us couldn’t really grasp the core and stayed behind with a lot of questions.

A year later at the Sietar Europe Congress in Tallinn I attended Joseph Shaules’ seminar on ‘Applying Cultural Neuroscience to Intercultural Training and Education’. That session was eye-opening in the sense that he introduced the ‘mind’ as crucial additional factor in the interrelationship between brain and culture. A factor that until today is often overseen or underestimated.

May I invite you to join my journey into brain, mind and culture in this blog?

Three brains
Brain and mind are key concepts in current thinking on culture and intercultural learning. Until a few decades ago scientists understood the brain as just an organ, with a three‐part structure related to different stages of evolution: the reptilian, mammalian and primate (neo‐cortex) brains. The recent field of cultural neuroscience has already indicated that because of brain plasticity, the idea that the brain functions fundamentally the same all over the world doesn’t hold on. Social-cultural contexts can influence the human brain development and the psychological processes that ensue. And here exactly do we arrive in the area that we capture with the term ‘mind’: the cognitive processing, or our mental experience. As the renowned social psychologist Shinobu Kitayama says: “Culture cannot be understood without a deep understanding of the minds of people who make it up and, likewise, the mind cannot be understood without reference to our sociocultural environment to which it is adapted and attuned”.

Two minds
As we all know culture is acquired from early childhood and throughout our socialization, mainly unconsciously. Joseph Shaules calls this Deep Culture, i.e. the patterns of habit and meaning that are internalized in the unconscious mind, and that we rely on when we communicate and interact with others. It’s important to note that unconscious cognition is not carried out by a single place in the brain, nor is it a single brain function. It’s a whole conglomerate of different mental processes. The most important I like to highlight here is the dual-processing of mind. You might know Daniel Kahneman’s Nobel prize winning work ‘Thinking, fast and slow’ (2011). He distinguishes between System 1 and System 2, resp. the fast, reflexive mind and the slow, reflective mind (or in Shaules’ words the intuitive and the attentive mind). The slow, attentive mind involves cognition that we typically associate with noticing thoughts, reflecting on a situation, or consciously trying to analyze or solve a problem. The fast, intuitive mind on the other side captures something of how we experience these processes, as feelings, sensations, urges, judgments and intuitive rightness and wrongness. An important feature is that it can’t be switched off. As Kahneman says: “It’s the secret author of many of the choices and judgments you make”.

Intercultural learning
In a globalized world with increasing cross-cultural interaction and collaboration, intercultural training is crucial to understand each other and to become interculturally effective. What I learnt from my years of exploration in this relatively new field of mind, brain and culture, is that we as interculturalists easily tend to think when we train ‘attentively’ our participants will ‘intuitively’ transfer all they learnt into their practice. However, I often notice a different reality. In the heat of the moment when we’re dealing with cultural complexity, we easily forgot what we learnt, are confused, stressed or jump to conclusions. As Joseph Shaules states in The Intercultural Mind (2014): “It’s possible for us to become stressed without knowing why, to jump to wrong conclusions and never notice or feel alienated or offended without being able to pinpoint the sources of our frustration. The hidden side of cultural learning is important. The better we understand the cognitive processes involved, the better we can manage our experiences”.

Learning about cultural differences is not enough. We need to understand the processes in our mind.

My  journey in brain, mind and culture
When I first got intrigued by brain and mind in relation to culture and intercultural learning I actually couldn’t imagine how deep culture goes under the skin. Over the last two decades so much research has been done, that is not based anymore on the old paradigm of questionnaires about cultural differences, but on observing performance of cultural tasks or on doing brain experiments. Over time this made me reluctant to use the early intercultural studies that describe cultural dimensions and rate countries. The risk of stereotyping is too large and the depth of intercultural learning might be easily missed. I have changed my approach and try to engage participants in the depth, intensity and complexity of culture. The dual-processing of mind and unconscious bias are key elements.

Over the years my curiosity and eagerness to learn more about unconscious cognition happened to coincide with Joseph Shaules’ and Matthieu Kollig’s journeys in developing programs on intercultural learning based on these insights. Josephs work and books have been inspirational for our first blended program in 2018 in Germany. Last year we used our time to develop a coherent Deep Culture Certificate Program. We even came together in Florence (see below) and drafted five Deep Culture seminars. The first one is called Deep Culture Foundations and will be conducted February 21-22, 2020 in Leiden, The Netherlands, my former University town. It would be great to meet you there! If you like to know more, please contact me.

Wish you a fruitful intercultural journey! 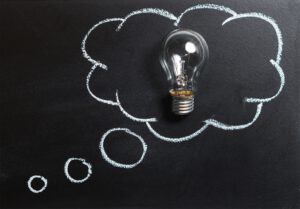 On October 20, 2023 the next Masterclass Brain, Mind and Culture of Japan Intercultural Institute starts. This Masterclass is a blended learning course (webinars-podcasts-online learning) that introduces the latest insights of culture, brain and mind sciences to those living and working interculturally. You will gain a deeper understanding of the psychology of intercultural experiences, including: culture and cognition, biases, and deep culture learning and transformation. You will learn to be a more insightful interculturalist and learn how to encourage intercultural learning in others. Joseph Shaules and Yvonne van der Pol are your facilitators.